Fairy tales capture the imagination of kids every day, so kids will love fairy tale coloring pages. Most common fairy tales we know today have been passed down through generations of parents and children as bedtime stories. They were written by classic story tellers like the Brothers Grimm and Hans Christian Andersen. We have fairy tale coloring sheets based on Cinderella, Goldilocks and the Three Bears, Hansel and Gretel, Jack and the Beanstalk, the Little Mearmaid, Puss in Boots, Rapunzel, Rumpelstiltskin, Sleeping Beauty, Snow White, The Three Billy Goats Gruff, and the Three Little Pigs.

The fairy tale coloring pages are free to print for home use or for classroom use. They are wonderful activity worksheets for wherever or whenever kids have some free time. They're also a nice diversion from video games. Please print out some pages and enjoy the fairy tale coloring sheets. Let your friends know where you found them.

Cinderella is the tale of a beautiful girl whose father dies and leaves her in the care of her wicked stepmother. The stepmother enslaves poor Cinderella and forbids her to attend the Prince's ball. Fortunately, Cinderella's fairy godmother grants her wish to attend the ball but she must return by the stroke of midnight. The prince falls for Cinderella but never found out her name and must search for her with the lost glass slipper.


Jack and the Beanstalk Coloring Pages

Fee-fi-fo-fum, I smell the blood of an Englishman. Those words from the giant ogre are some of the most famous words of any fairy tale. Jack and the Beanstalk is the classic fairy tale of a poor boy who buys magic beans that grow into a giant beanstalk. The beanstalk leads up to the home of a giant ogre that likes to eat young boys. Jack manages to avoid capture and run off with several of the giant's treasures so that he and his mother can live comfortably.

Jack buying magic beans instead of selling the cow at market.
Jack climbing the beanstalk up to the clouds in the sky.
Jack facing the giant before getting away.
Jack chopping down the beanstalk so the giant can't catch him.

Little Red Riding Hood is off to Grandma's with some treats, but she meets the big bad wolf along the way.


Princess and the Pea Coloring Pages

The Princess and the Pea is the fairy tale about a Queen who tests her potential daughter-in-law by placing a pea under many mattresses. Only a true princess could feel the pea.

Princess sleeping atop many mattresses

Puss In Boots is a very old European fairy tale. The most famous version was from the original Mother Goose tales. In it, a poor miller's son inherited only a cat. The cat convinced the boy that if he gave the cat a pair of boots and a sack, then the cat would brings riches to him. Puss convinces the king that the boy is the Marquis de Carabas and tricks a powerful ogre to attain his lands.

Rapunzel is the Grimm fairy tale of a witch who takes away a poor couple's first-born daughter because of stealing from her garden. At age twelve the beautiful young Rapunzel, is locked away in a tower by the witch. The only entry to the tower is by Rapunzel letting her long hair down from the window for the witch to climb up.

Rumpelstiltskin is the Grimm fairy tale of a poor miller's daughter who is locked in a room of the King's castle to spin straw into gold. She of course could not do this, but a strange little man named rumpelstiltskin would do it for her in exchange for the promise of the girl's first born child. Her only way out of the promise was to guess his name. She had three days to guess his name.

Sleeping Beauty and the Prince

Snow White is the Brother's Grimm fairy tale of a beautiful princess who is taken away from her kingdom by order of the vain and jealous queen (her stepmother). She finds the cottage of the seven dwarfs where she stays in return for cooking and cleaning. But the evil Queen finds out that Snow White is still alive, and still fairer than her. So the Queen sets out to kill Snow White.

Snow White and the Seven Dwarfs

The Three Billy Goats Gruff is the classic Norwegian fairy tale about 3 goats who want to cross a river to graze on the lush green grass on the other side. The only bridge across the river was guarded by a terrible troll. The three goats needed to trick the troll and defeat him in order to cross the bridge.

The three little pigs is the classic fairy tale of the pigs being sent out into the world by their mother. She tells them to do the best they can, but only one of the pigs listens to their mother's advise. The first pig is very lazy and quickly builds his house of straw. The second pig works a little harder to build his house of sticks, but the third pig works very hard to build a house of bricks. The big bad wolf easily huffs and puffs and blows the first two houses down, but the brick house is sturdy and cannot be blown down.

Fairy tales are entertaining for kids and a great way to share reading time together. Parents can print these fairy tale coloring printables at home for their kids to enjoy. Preschool and primary teachers can use the fairy tale sheets as worksheets for a lesson plan at school.

If you found useful printables on PrintActivities.com, please Tell A Friend.

Didn't find what you were looking for? Try searching for exactly what you need. 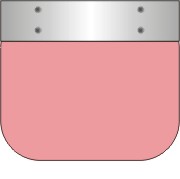